in late 2014 I was trying out some fancy demos with my new Oculus Rift DK2 and stumbled upon one that let you explore the known galaxies of the universe in virtual reality. It’s called Universe VR and you could fly around freely between the galaxies and get a small glimpse of the enormous distances in the universe. I was really impressed by this demo and as an Eve player my next thought was: Wouldn’t it be awesome to experience the Eve Universe in this way? No one else seamed to have done such a demo, so I decided to build one myself using Unity 3D and C#.

The result is available on share.oculus.com and my own website since last Christmas 2014 and many people have already tried it. Its just a simple viewer for all star systems and jump connections. But the ability to see New Eden in virtual reality and fly around freely between the star systems is something very unique. For me it was the first time I got a feeling for the locations of the different regions and star systems in 3D space. If you own a DK2 and haven’t seen it yet, give it a try 🙂

Here is a screenshot from the application: 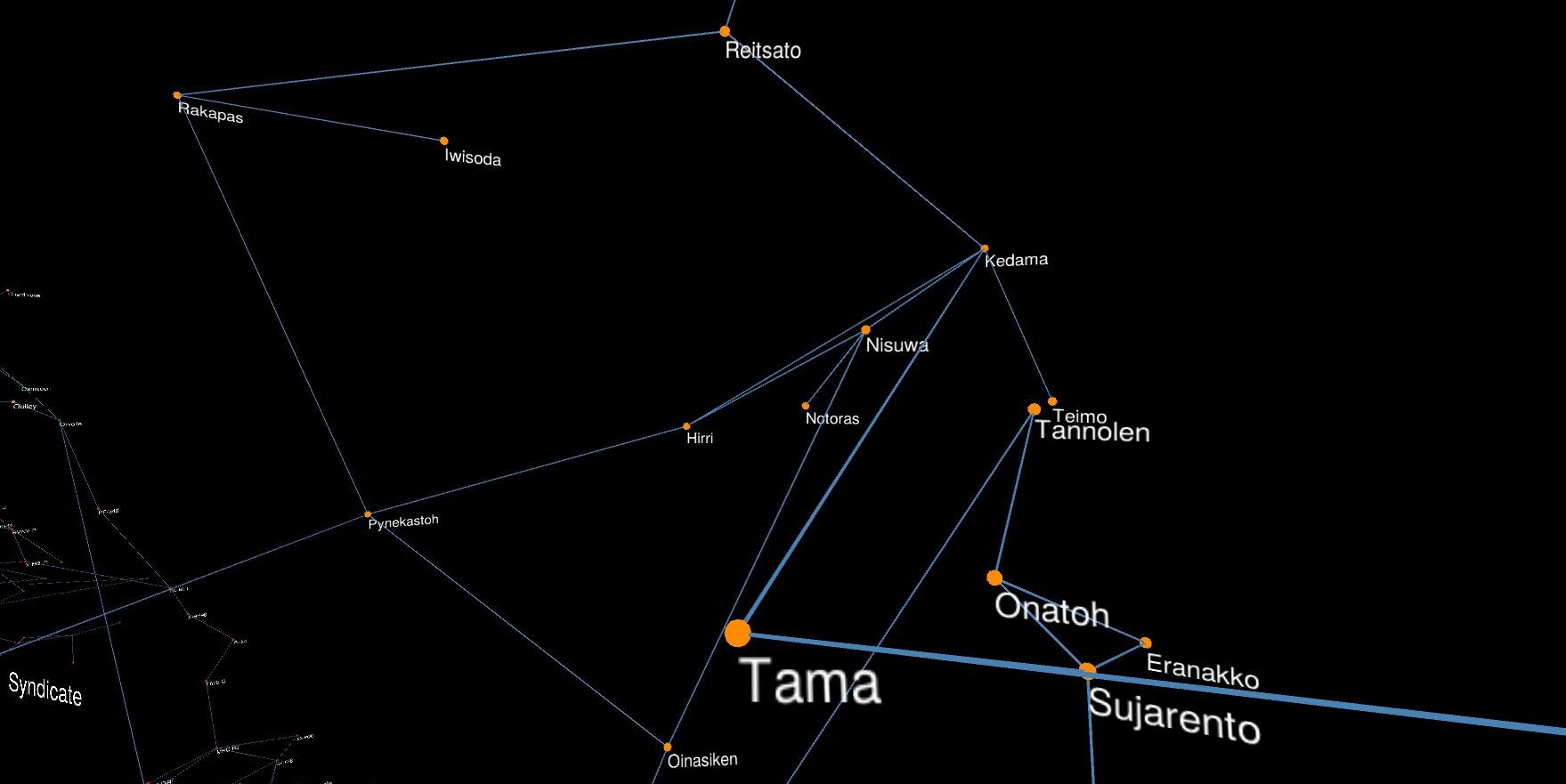 EDIT 11-OCT-2016
The app has now been update to Oculus Runtime 1.3+. So it will work with the newest Oculus Rift app.